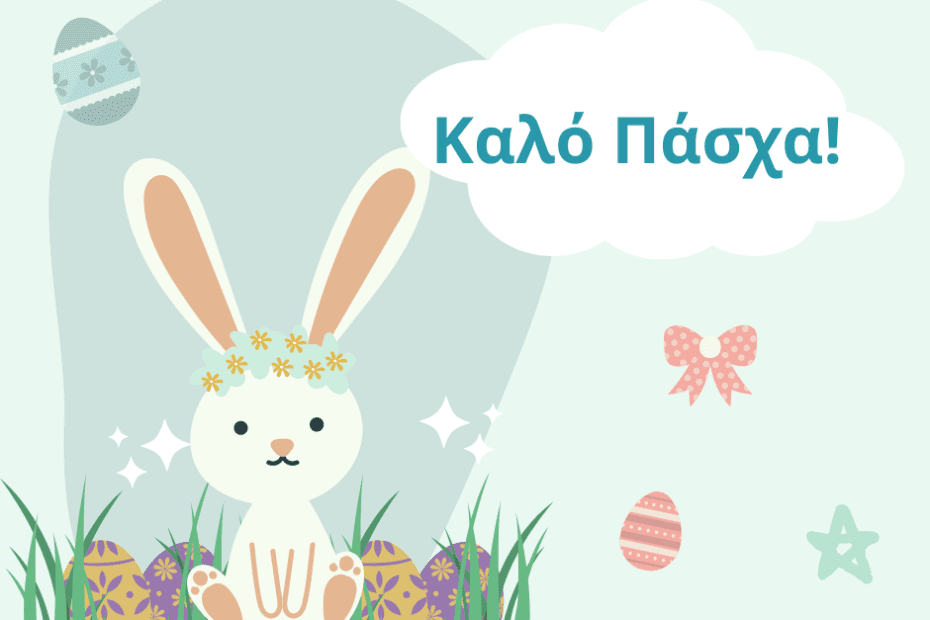 Poland is about to celebrate the Catholic Easter soon, so find it appropriate to dedicate this article to this holiday.

The Greek Orthodox Easter will be celebrated on the 24th of April, one week after the Catholic one. Let’s look at some useful vocabulary and some Greek customs.

The godfather, «νονός» (nonós), or the godmother, «νονά» (noná) buy for the children a big candle called «λαμπάδα» (labátha), which is beautifully decorated and usually includes a desired toy, too.

On the evening of the Holy Saturday, a few minutes before the resurrection «Ανάσταση» (anástasi), people tend to visit the church, «Εκκλησία» (eklisía), holding the above-mentioned candles. At midnight the attendants wish each other «Χριστός Ανέστη» (hristós anésti), meaning “Christ is Risen”, and they respond «Αληθώς Ανέστη» (alithós anésti), that is “He truly Has Risen”. Also, during the Resurrection ceremony on Holy Saturday, the Holy Light, «Άγιο Φως» (ághio fos), is transmitted by the priest to the people who carry it later to their homes.

Have you ever encountered a ladybug? In Greek this insect is called «Πασχαλίτσα» (pashalítsa) and it is associated with Easter! Rumour has it that during the Middle Ages, farmers prayed to Mother Mary to save their crops from parasitic insects. Thus, many ladybugs arrived and exterminated the parasites, rescuing the crops. Since then, the ladybug became known as the “beetle of Mother Mary”, «σκαθάρι της Παναγίας» (skathári tis panaghías). In fact, it is said that its colours symbolize the feelings of Mother Mary, sometimes happy (red or orange) and sometimes mourning for the death of Jesus (black dots).