Articles – The multilingualism as a modern necessity in the E.U. 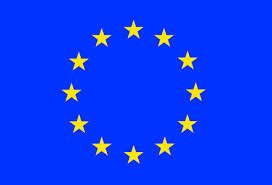 The United Europe, as a fundamental political fact of the modern world, is a multinational institution, and of course a multicultural and multilingual living organization. The main challenge for the citizens of the United Europe, is the challenge of multilingualism: the challenge to motivate and to create opportunities for  the European citizens to learn more languages, to understand and appreciate more deeply and effectively the  cultural diversity, and mostly the human dimension of the nations they live together, work together and co-decide on a variety of topics.

The term multilingualism refers both to a situation where many languages are spoken in a certain geographical area, and an individual’s ability to use several languages. Multilingualism with both concepts, recognized  by the European Treaties, is a key feature of Europe and reflects the diverse cultural and linguistic reality of Europe. Thanks to this, the European institutions are more accessible and transparent to the citizens, which is a guarantee of democratic functioning

European Union has established multilingualism as a undisputable right. It’s policy on multilingualism is based on three objectives: Firstly, to encourage the language-learning and promotion of linguistic variety in societies. Secondly  to promote a healthy multilingual economy and finally to give to citizens an access to the legislation and the official administrative functions of the European Union. Furthermore, to handle multiple languages not only develops you as a person but the languages themselves.  Each EU language enriched by the mere fact that co-exists with dozens of others. This interactive process benefits all concerned countries and the language itself. As for the social benefits, once you learn another language, you avoid what it is also known as ” provincialism.”

In a multilingual and multicultural united Europe, the development of intercultural communicative competence acquires major dimension. A citizen who communicates through open ways of thinking,  a citizen who builds relationships, mutual understanding and respect, regardless of the ethnic, linguistic or religious origins of his interlocutor, a citizen who is open and ready to adopt foreign languages as a mean of cultural integration, is  a citizen who strengthens the spirit of European citizenship and European consummation. Our ethical obligation is to follow this path and be open to the – today and future- multilingual reality.