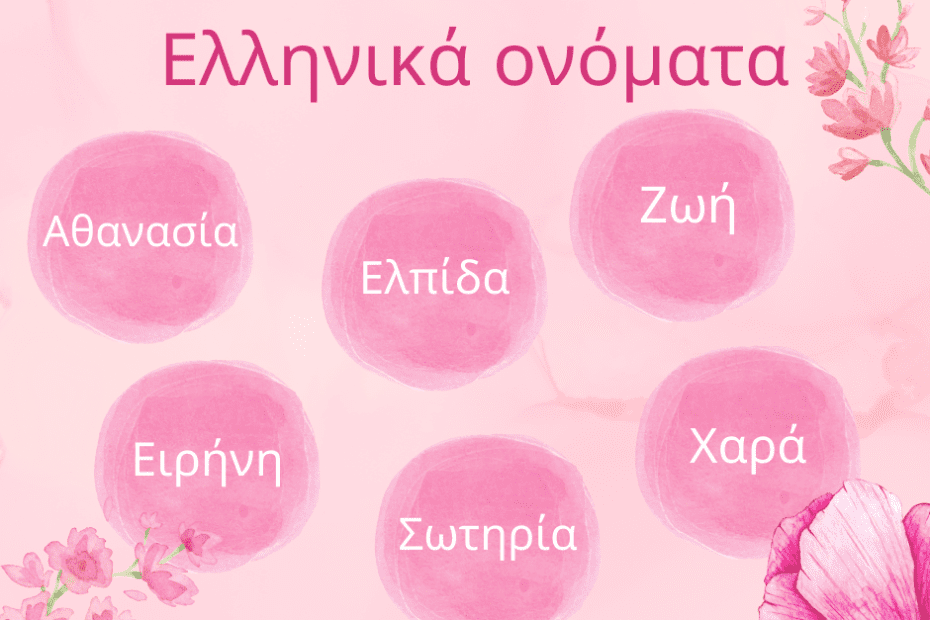 Very often we can encounter Greek names which have a specific meaning. Greek names can be traced back to the Antiquity and Ancient Greece, such as «Σωκράτης» (Sokrátis) or «Αριστοτέλης» (Aristotélis).

Other names can be found in many languages but in Greek they are slightly different. For example, the name “John” is «Ιωάννης» (Ioánis) or «Γιάννης» (Ghiánis) in Greek, the name “Peter” is «Πέτρος» (Pétros) and the name “Henry” is «Ερρίκος» (Eríkos).

Last but not least, it is worth mentioning that some foreign names can be written down with Greek letters and this may create a fun activity for young learners in the reading comprehension. For example, the name “Britney” is written «Μπρίτνεϊ», the name “Jennifer” is «Τζένιφερ» and the name “Jake” is «Τζέικ». They are pronounced exactly the same but just written with Greek letters!

Keep in mind that the name day, «Ονομαστική εορτή» (onomastikí eortí), is of great importance in Greece, whether one is faithful to Greek Orthodox Church or not. It consists of celebrating a day of the year that is associated with one’s given name. According to the Greek Orthodox Church, every day of the year is dedicated to the memory of at least one (usually more than one) saint or martyr. Many names derive from pagan Greek antiquity, and there may not be a Christian saint of the same name. In such a case, the person may choose to celebrate on All Saints’ Day. The traditional format of a name day celebration: inviting guests, meal, drinks, desserts, music, gifts, pocket money from the godparent.