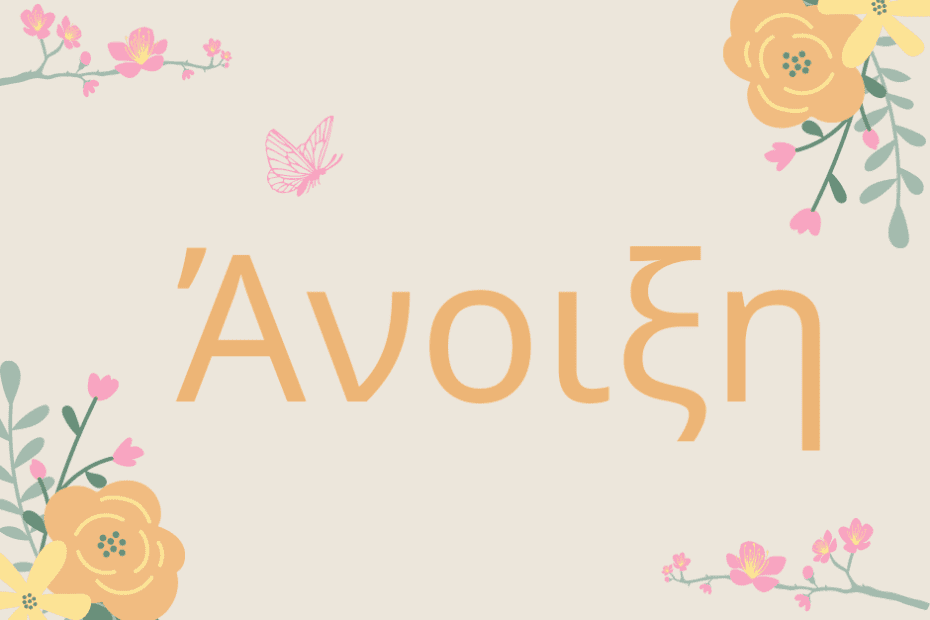 The 21st of March, or sometimes the 20th of March, marks the first day of spring! We are talking about the spring (or vernal) equinox, known in Greek as «εαρινή ισημερία» (eariní isimería). Spring, «η Άνοιξη» (i ánixi), comes from the verb «ανοίγω» (anígho) which means “to open”, signifying the opening. Longer daytime, rebirth and regrowth of nature.

We have a popular proverb saying «ένας κούκος δεν φέρνει την άνοιξη» (énas kúkos then férni tin ánixi), literally meaning “A cuckoo does not bring the spring”, indicating that one element alone is not enough to substantiate a situation. And where does this originate from? Story time!

According to Aesop’s Fables, «Μύθοι του Αισώπου» (míthi tu esópu), a wasteful young man spent all his wealth recklessly and all he had left was a coat. When one day he noticed a swallow, «χελιδόνι» (helithóni), flying in the sky, he believed that spring had come and his coat was useless, so he sold it too to make some more money. However, the winter was not over, the cold was back and the young man had no way to warm up. The swallow he had seen was not enough to bring in the spring.

Nowadays we use both species of birds, swallow and cuckoo, to refer to this story!

Other bird strongly bounded with “periods of warmth” are halcyons. We have written about them in “Halcyon days”.

Lastly, we say «ήρθες σαν την άνοιξη» (írthes san tin ánixi), meaning that you came just like spring and your presence filled the place with happiness and euphoria.